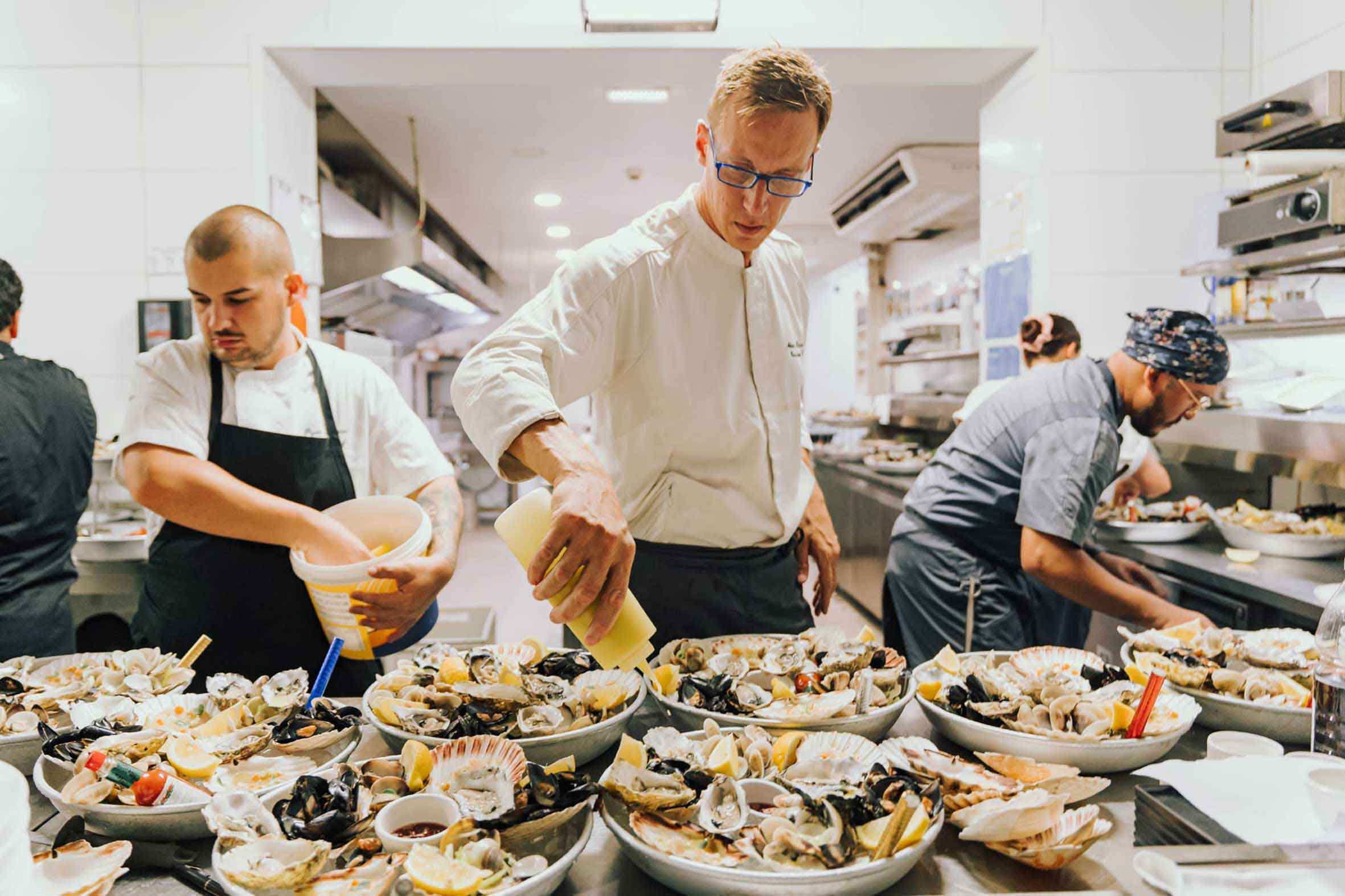 Adam Demanuele, has been a client of M recruitment for the past 2 years and has used the agency’s services to employ both front-of-house and chefs. While we were familiar with Adam’s service offering, we did not know how the idea for his two concept outlets, came about. With his website launched just recently, and new projects in the pipeline, it seemed like the perfect time to sit down for a chat.

Adam’s Artisanal Seafood Experience (a gourmet fish shop) has been around for 9 years and serves new customers daily. With his state-of-the art fish shop, a restaurant which was opened just over 2 years ago and new plans on the horizon, it seems he is not planning to slow down any time soon.

How it all started

Adam has been a chef for 26 years. For a good number of years, he worked at a very renowned restaurant specialising in seafood. When he met his (now) wife, and got married, Adam decided to take a year off. In that one-year span, Adam made the decision to stop working for other restaurants entirely. Unsure of what he wanted to do, he spent his time off conducting market research – and that is when what he calls his ‘honeymoon ideas’, came into effect. In his research, which he carried out amongst locals, he found out that while fish restaurants are packed with patrons, fishmongers always seemed to have very little footfall in their shops. Probing further into his research cause, it was established that while locals enjoy a good fish dish, they don’t like the hassle of cleaning and cooking fish. Furthermore, when he looked around in fish shops, they all seemed to follow suit – same décor, fish odour was quite strong despite the shops being clean and while the fish was fresh, none of them offered readily-prepared meals. This is where he spotted a niche – an opportunity.

2013 was the year Adam’s idea to open a ‘state-of the art’ gourmet fish shop, came to fruition. Rather than the usual white and blue tiling used in the traditional fish shop, Adam chose neat parquet flooring and black counter tops with brass fitted lighting to elevate the look and ambience of the classic fish shop. All his employees are seasoned chefs who can assist with the creation and preparation of new seafood dishes. He was also the first to own his own in-house ager, therefore in addition to smoking fish, the shop could now also offer dry-aged fish which helps to intensify the flavour and enhance the texture of the fish, which takes his service offering yet to another level. Customers were also given instructions on how to prepare the perfect fish dish, all of which are done in around 20 minutes. ‘Within just one week of opening, business skyrocketed’, Adam said recalling the early days.

Over the years, the variety of seafood increased, and so did the selection of readily-prepared seafood dishes. Additionally, the shop also offers sauces, pasta and condiments, all of which are homemade. Not to mention the shop also houses a generous selection of red, white and rose wines to choose from.

From Sea to Grill

Although the gourmet fish shop was doing relatively well, being a chef at heart, Adam started missing being in the kitchen. After having convinced his wife who is now the Restaurant Manager, Adam went ahead with making his restaurant concept ‘The Seafood Market Grill’ come to life.

Just as Adam wanted to ease cooking fish at home for the daily customer, he wanted that his restaurant has a laid-back ‘American’ style with an open kitchen, where the main focus would be the quality and variety of seafood served. The décor although minimalistic, is modern and inviting, and his staff members carefully selected. They are trained to follow the restaurant’s procedures whilst bringing a bit of their own personality into service delivery. While the majority of fish restaurants offer the usual seafood staples, ‘The Seafood Market Grill’ menu features seafood from all over the world including Spain, Portugal and Hawaii, which can be ordered either raw, grilled or fried. The menu also includes different types of barnacles like Percebes or Gooseneck, Sea snails, Abalone, 15 types of Oysters and more recently, the Alaskan King Crab – and the portions are fairly generous.

Despite opening at the start of Covid19, the restaurant did not close down. The two years of the pandemic were not easy – however, the restaurant carried out deliveries during lockdowns and operated fully in between which helped keep it afloat. Today, the restaurant is the busiest it has ever been and with service also being extended to offer boat charters and outside catering, business seems to keep booming.

Adam said that while he is very happy with the way things are going, he has a third project up his sleeve. Sadly, no hints were given, so I guess we’ll just have to sit back and wait. 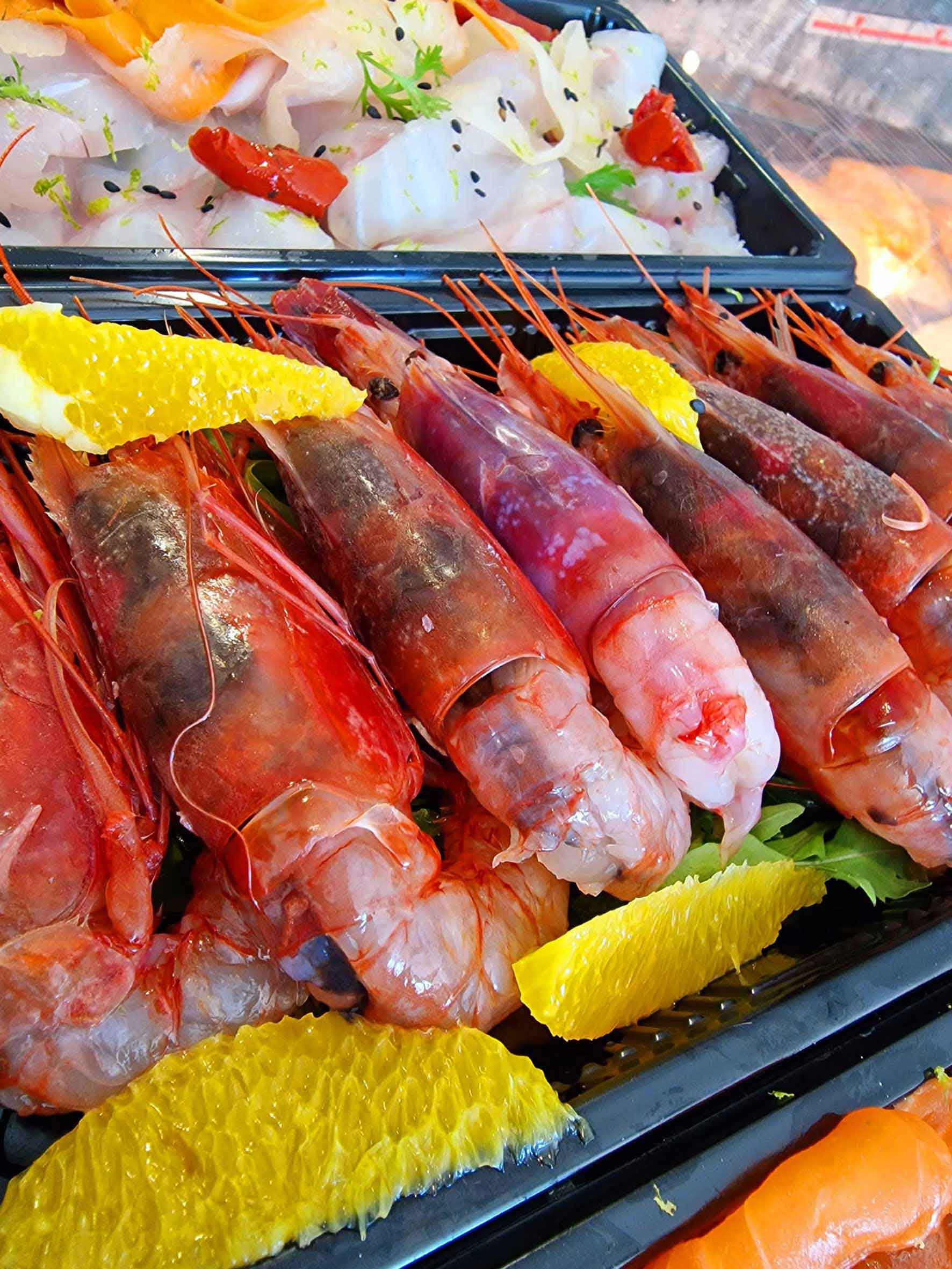 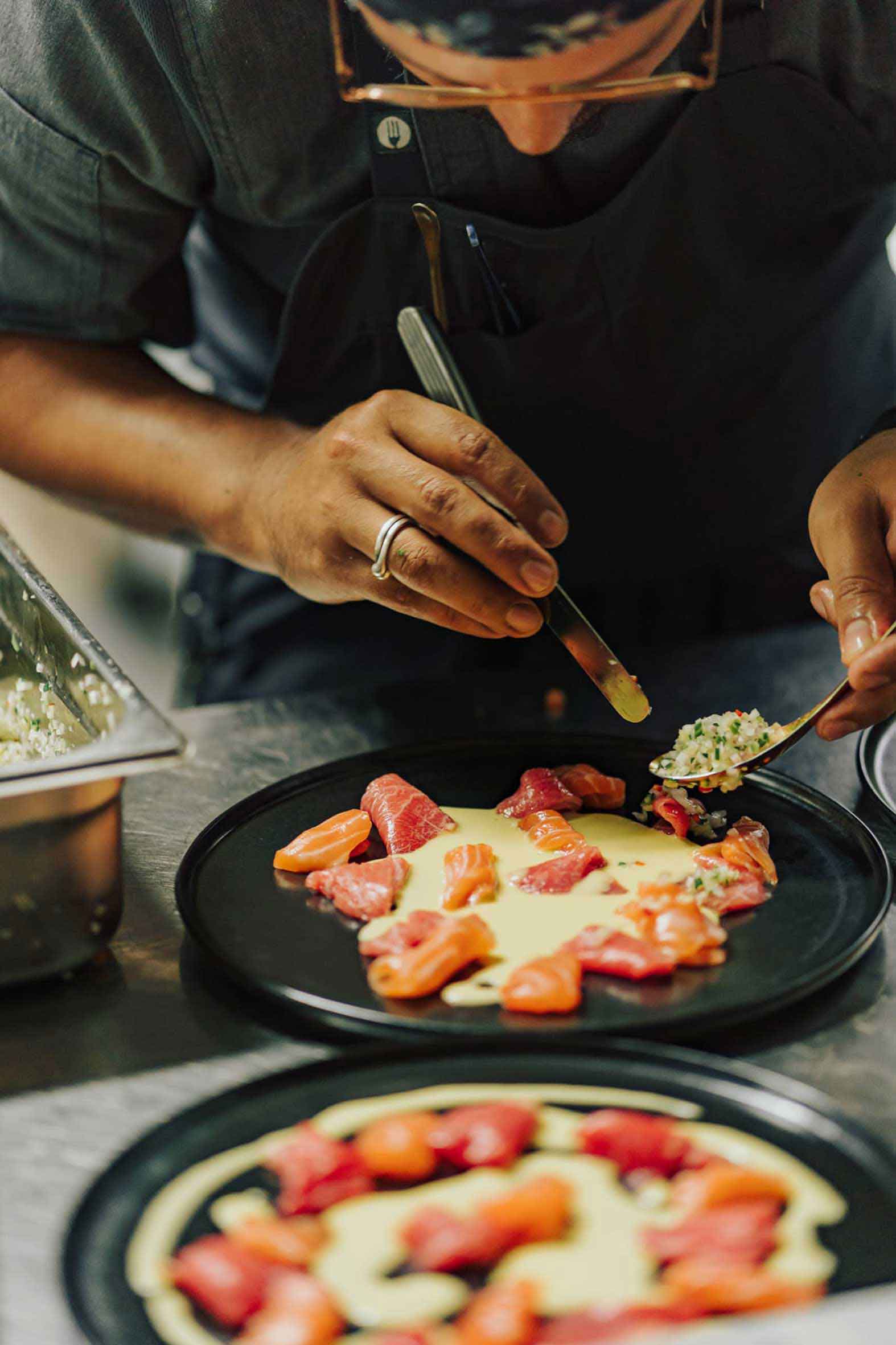 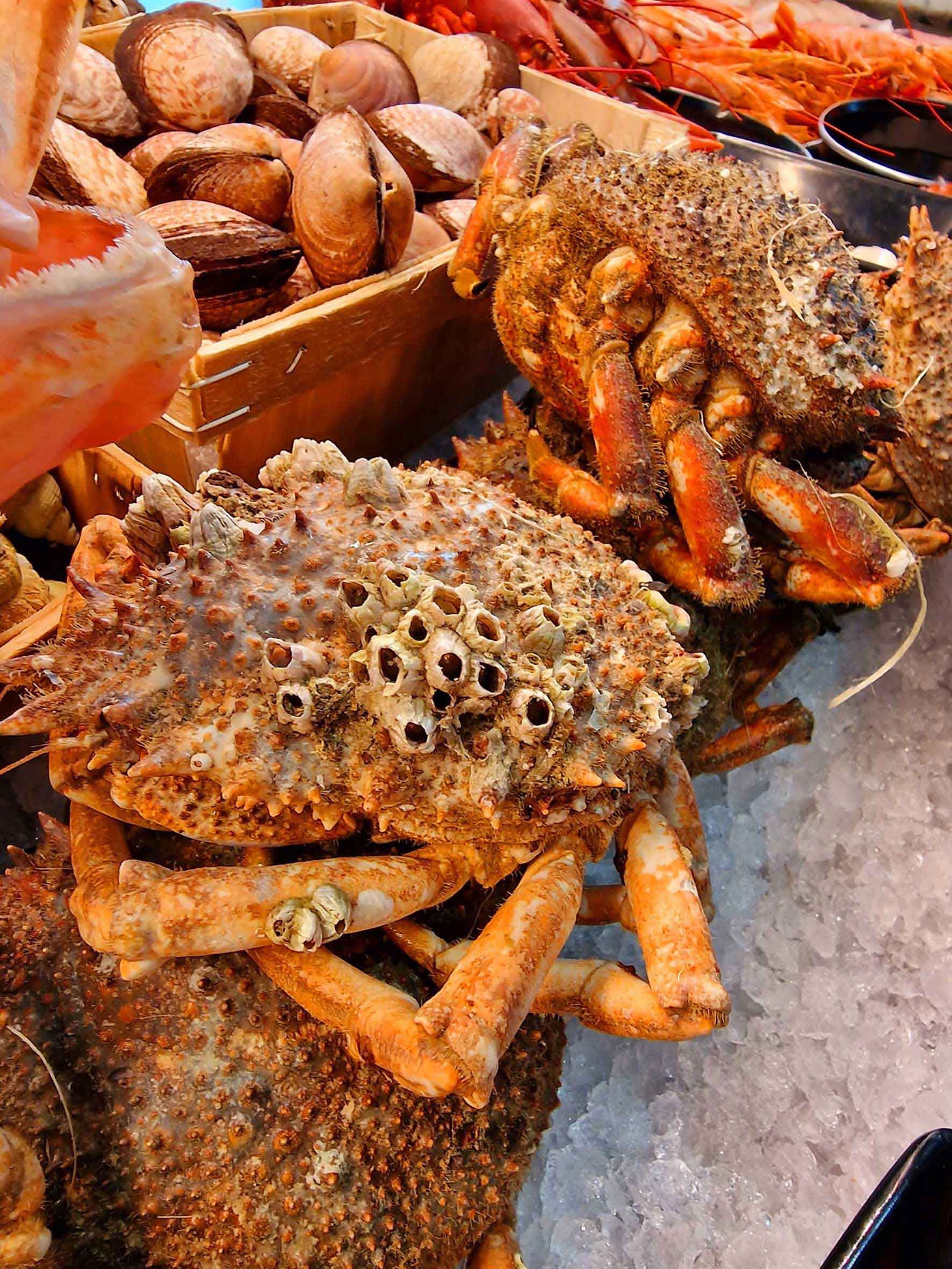 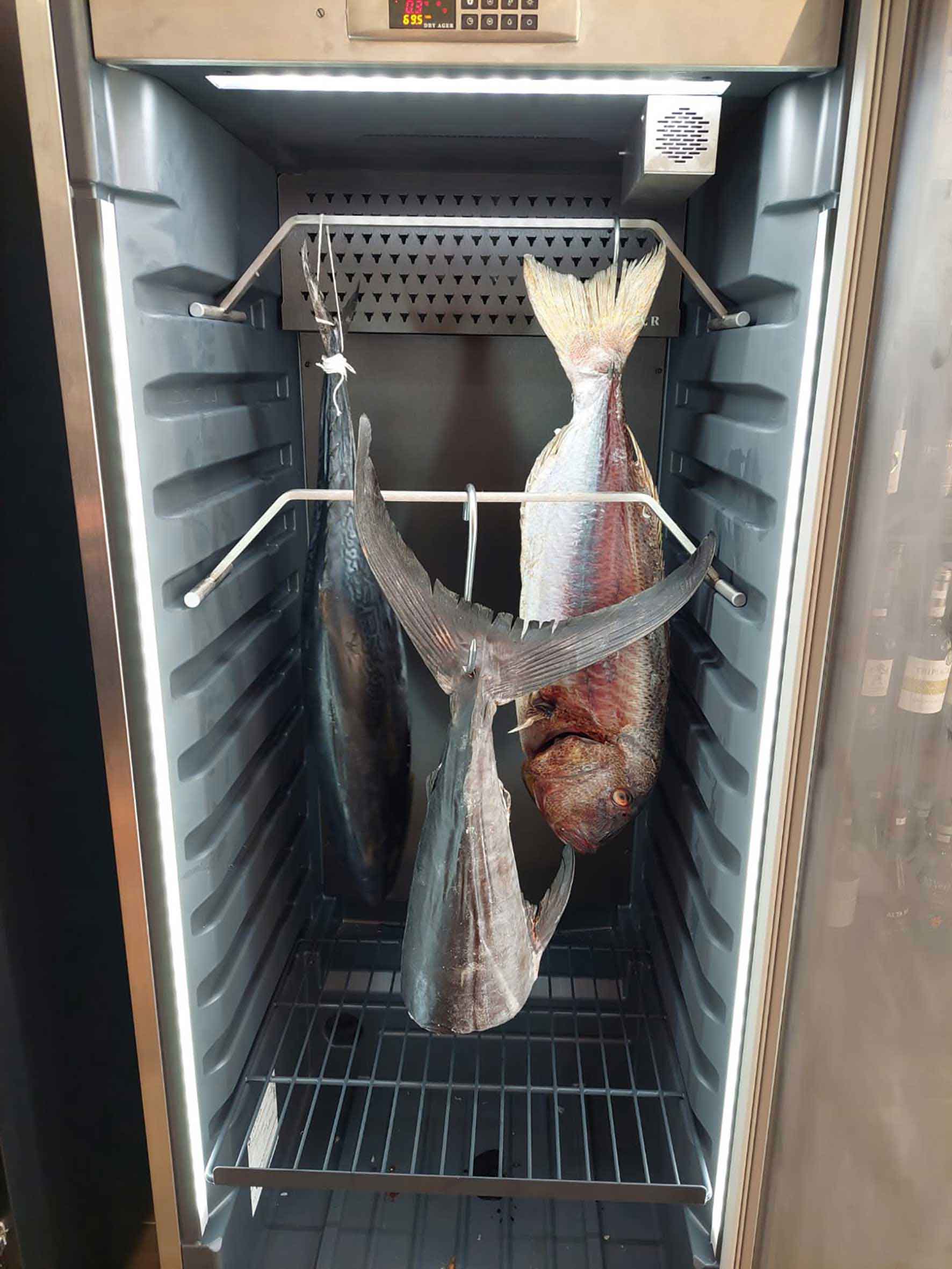